In the 1970s Bronx when block parties were in their infancy, Clive Campbell or better known as DJ Kool Herc, is credited with with helping create the hip hop culture. It’d earn him the nickname of, “Father of Hip-Hop.” Hip hop was heavily influenced from the Jamaican sound system culture of Kingston, Jamaica, where DJ Kool Herc was born and later emigrated from said Phoenix DJ LowTone when asked by a fan at a recent event.

Setting up a two turntable set-up similar to what disco DJs used at the time, Kool Herc used two copies of the same record to lengthen the break. It ended up emphasizing the drum beat – the break, or scratch – and was coined as “breakbeating.” He also contributed to developing the early rap scene with rhymed spoken accompaniment on top of his music.

Bronx clubs were struggling at the time with street gang violence, uptown DJs catering to an older disco crowd, and commercial radio catering to nothing that the Bronx teens wanted, Kool Herc had the crowd and the fire he needed to really get the block parties going. He quickly became a folk hero amongst the Bronx neighborhoods.

Breaks, or breakbeat music ended up becoming a separate genre on its own. Other types rose up in the early 1990s while using the breaks genre as its basis: UK garage, drum and bass, and even hardcore music. It also heralded the beginning of electronic dance music (EDM.)

Well after its birth, breakbeats has taken on a life of its own and many genres and even subgenres have since sprung up.

Canadian DJ Kid Koala, as well as Bonobo and Blockhead are known for their downtempo music – slower-paced electronic music that focuses more on beats that are played at the relaxation sections of clubs or events.

Born from Los Angeles’ early-1990s rave scene, West Coast Breaks is better described as “spiritual techno” due to its psychedelic downtempo. It also includes dubstep, drum and bass and even acid jazz. It became a hit by names like DJ Simply Jeff from of Dr. Freeclouds Mixing Lab and DJ John Kelly of Moontribe.

Electro beats is a genre of electronic music influenced by the use of funk, as well as a specific drum machine – the Roland_TR-808. Some of the more popular groups are Mantronix, as well as Dave Clarke, DJ Assault, and many others. 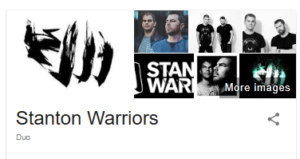 Nu skool breaks is a subgenre of breakbeat Djs that popped up during the late 90s into the early 00s. The sound is abstract, technical and sometimes will incorporate other genres of EDM. Some known names are Adam Freeland, Plump DJs, Tipper, Stanton Warriors and Hybrid.

To this day, breakbeats remains influential across many genres of music. So long as there is a party going on, you can bet there’s going to be DJ Phoenix music played that has been touched by breakbeats in some form or another.

We're not around right now. But you can send us an email and we'll get back to you, asap.